My First Attempt at Skillet Pizza 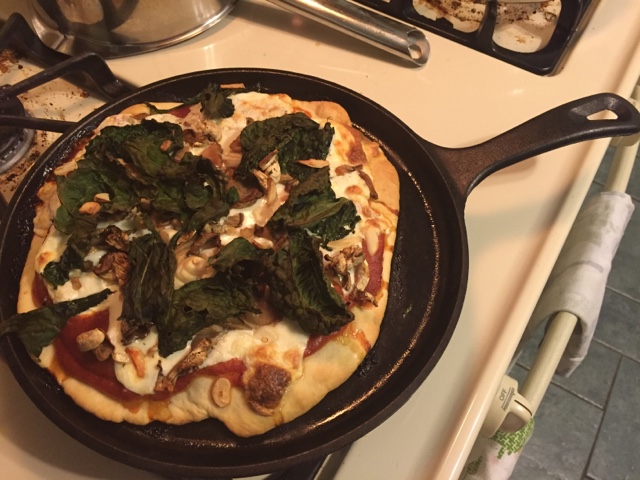 I don't know if anyone else has read about this, but apparently using cast iron instead of a pizza stone is a thing.  As most of my cast iron has been lovingly seasoned in duck fat, I figured this would be a thing worth trying that melds my love of duck fat with my husband's love of pizza. Okay. I like pizza too, but not as much as I love duck fat.  I used to work with yeast and bake bread fairly regularly, but haven't delved back into it since I started residency, partially due to time constraints and partially because we just don't eat that much bread.  Living with less than 5 people has put a total cramp on my baking style.

I used this pizza dough recipe which I made a couple of days in advance and kept in the fridge. When we had our actual pizza night, I stuck my griddle directly in the oven and pumped it to 400 F. For my 10" griddle, I used half the amount of pizza dough in the recipe. Then I rolled the dough out to a round approximately the size of the griddle, which took about 10-15 minutes. I'm sure I will become more facile at dough rolling with more practice. After I had a reasonable dough round, I removed the griddle from the oven, plopped the dough on, and put it back in.

While the dough was pre-cooking, I made a pizza sauce by blending a can of crushed tomatoes with salt, crushed red pepper, oregano, and dried basil. Then I cut rounds from a block of fresh mozzarella, sliced some oyster mushrooms and fresh garlic, and picked some kale from our vegetable garden. Once I had prepared my sauce and toppings, I pulled my baking crust from the oven and topped it in this order: sauce, cheese, mushrooms, kale, garlic slices.  Then I popped it back in the oven, still at 400 F, and baked it for about another 30-40 minutes until the cheese was bubbly and starting to brown.

I'm a thin crust girl, and this resulted in a crisp, thin crust pizza. I don't think pre-baking the dough was actually necessary, so I may leave that step out next time to see how it goes.  We had the right amount for two people and could have easily supplemented with a side salad if we had wanted to.  The best part is that we still have enough dough, cheese, sauce, and toppings for another pizza night!  We could also make one pizza in the griddle and another pizza in the skillet if we wanted to make pizzas simultaneously for guests. 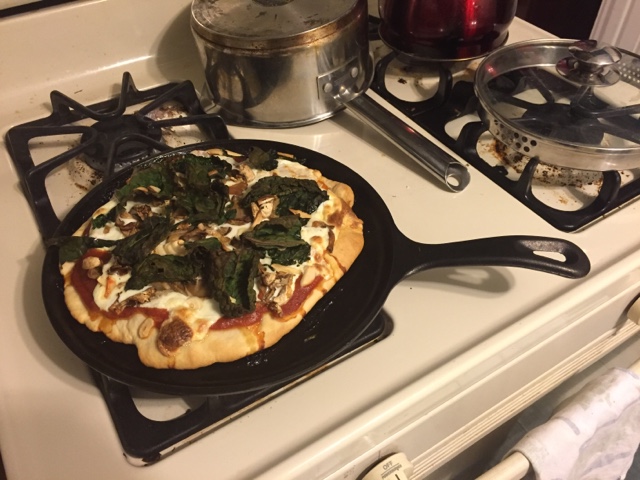 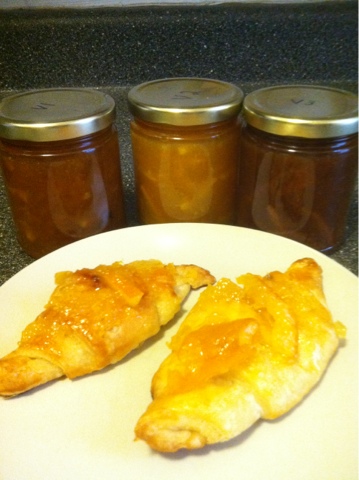 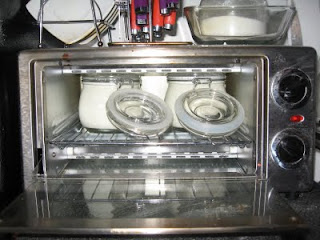